do fish have memory? 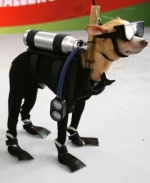 Hey guys,
OK,.. here is a huge can of worms that has been studied to death. Short answer, yes, but no. fish don't remember things the way you and I do, so the answer although simple is a bit hard to explain. It is sort of the way small children remember good things or bad, and their memories are short (thank God), because they just don't have a sophisticated enough brain and don't store information the way we can. Also be aware that there is a distinct difference between memory, conditioning, and instinctual reaction to a previously experienced situation or condition. (the past).

This is too much for me to tackle at this hour. to be continued,....

[You must be registered and logged in to see this link.] wrote:I don't remember anything so there I think lol

Posts : 1123
Join date : 2011-09-25
Location : Have rod...will travel to fish.
Cant wait to hear what you say Bod. Ive read a lot on this too and will have to check my books to refresh myself. If I remember correctly in the book fish were compared to birds (as fas as intelligence). Some birds are stupid....reallu stupid. Other birds are pretty smart.

I think it has to do with which fish we are talking about.


A good scenario to think about would be bedding fish. They are in the shallows, targeted by many people. They might be "easy" to catch at first but later on they have lock jaw!

Posts : 905
Join date : 2011-11-08
Location : Riverside
there was a study done various time with gold fish by various university in the east coast, as well as three in Europe, using various species. The results were similar, if not exactly, the same exhibit traits:

1. Max short term memory of 8 hours, during foraging/feeding cycle. No long term memory retention recorded. Using maze method, the fish species was able to learn the different paths to the same feeding zone. However, when the fish left to resume their normal activities more than 24 hours, and resubjected the same experiment, the fish require retraining for a good 48 hours before they reacquired the memory skill to navigate the mazes.

2. Pond owners acknowledged species of rock bass, greenies, and panfish becoming hooks' shy, after exposing them to various captures using different baits/lures, with in between periods of 48 to 72 hours. However, this is only recorded in ponds, since ponds are isolated water body which schools of fish react universally to leading fish (larger, more experience males/females). There was no record of tagged fish that had been captured various time in larger water, such as the bays, but there's noticeable info reported by anglers for larger bass from fresh water lakes, such as Lake Perris, Big Bear Lake, exhibiting wounds from previous encounters with anglers. Regular Texas, Carolina, dropshot rigs with plastics would not be enough to catch these larger fish. However, trickeries using Cal-Alabama rigs, or shakey heads hooks with more convincing life-like bait fish that hide the hooks completely were the only thing that manage to land the trophy size fish.

So, there's a definite learning curve to the different species, as well as the years of exposure to capture rates for being hooks' shy. Not enough documentation to provide a definitive answer, but the answer is coming out of the darkness. I've been collecting the information over the last 3 decades about this subject as well. It interested me after learning the aquafauna cultures and their annual rituals in high school, with genetic imprints to new generations of their experiences and knowledge acquired.


There was one study with some fish (i think from Australia) that "memorize" the location of certain holes or tidepools. They come in with the high tide to feed and stay there for quite some time...until the tide goes out. From here they can jump from one hole to another in order to find deeper water. Missing another hole woule mean certain death....ill keep digging for the book. Interesting stuff though.

Posts : 2558
Join date : 2010-12-30
Location : LBC-ish
Welp, I used to have a big fresh water tank and in it I had two very large Oscars I had raised from fry. One albino and one reg tiger. The tiger was always picked on by the albo...so I had a long wooden spoon and I would "thump" the albo on the head to make him stop. It got to where all I had to do was put the spoon on the coffee table when they were going at it and the albo would run for cover. Memory, conditioning ...I don't know. I know some fish in local puddles are pretty hard to catch cuz they have seen everything or that is the theory. If you can get bit your doin good. I do believe big fish are big because they have excelled at the learning/conditioning curve. However, I will not argue with the science and the evidence. I really feel its up to the fisherman at all times. It's always a test of what "YOU REMEMBER" ha aha ha ahaha a aha a hahah aaha a ahahahahahahah!!!

[You must be registered and logged in to see this link.] wrote:You might be talking about the migrating orcas.

except that orcas aren`t fish

[You must be registered and logged in to see this link.] wrote:

[You must be registered and logged in to see this link.] wrote:You might be talking about the migrating orcas.

except that orcas aren`t fish

Re: do fish have memory?