The politics of fishing...

Moderator
Posts : 846
Join date : 2016-09-07
Age : 68
Location : LBC
Because fishing is a State regulated activity governed by state laws, and because those laws are created by the political process, like it or not, politics affect fishing.

Personally, I'm concerned, but not at the level of being an activist. We all pick our fights, and I choose to let others fight this one for me, but I do support them with funds.

My guys are the [You must be registered and logged in to see this link.]

"CCA California is a statewide, non-profit marine conservation organization working to protect the state’s marine resources and interests of anglers."

I met Jim Salazar, one of the board members last night and he was a straight talking long time guide and fisherman in the SoCal scene who impressed me with his knowledge and his passion. He's a member of the citizens advisory council to the DFW and participates in the law making process and he says that recreational fishing is under attack by commercial fishermen and environmental groups, both of whom seek to craft laws that support their agendas which are obviously not going to be compatible with the interests of recreational fishermen.

Recreational fishermen need a voice in these fights and the CCA is it. And while they are a "political" organization, they're not affiliated with any party and seek bipartisan support.

If you remember "Anglers United" many of the same guys are in the CCA of Cal. Anglers United got torpedoed by lawsuits and lawyers, but CCA has picked up that torch and advocates for sport fishermen.

I believe that recreational fishing could very easily go away and I think it's up to us to support those working to keep it going. 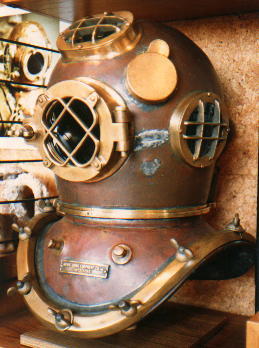 Posts : 55
Join date : 2013-06-17
Location : Coronado CA
You are spot on Bob. Having lived a long time in Florida and fished as both a guide and recreational angler we faced the same fight.

The commercial fishing industry in conjunction with lobbyist and the National Marine Fisheries would hold closed door meetings to establish fishery quotas solely based on the commercial industry inputs thus reducing the available quotas for both the recreational fisherman and guides.

The lobbyist and commercial industry would spread false information stating the "recreational" anglers were decimating the fish stocks in the Gulf of Mexico.

Take red snapper for instance, the recreational limit is now two fish per angler over an approx. 54 day season. Commercial harvest were and still are measured in the millions of pounds.

The State and National Fisheries also met behind closed doors and placed a moratorium on the permit required to conduct guided fishing trips in states waters without any input from the Florida Guides Association that collectively governs the charter fishing industry.

Fortunately outraged recreational anglers and the guides gathered to protest at public fisheries meetings and were able to get some of the imposed regulations overturned.

Fighting the States and their deep pocketed lobbyist is a hard fight that rarely ends good for the recreational folks. I feel for California anglers and the up hill battle they face.

Folks need to take these things seriously as once these rights are eroded they will seldom be recovered.

Admin
Posts : 13063
Join date : 2010-01-16
Age : 46
Location : So Cal / Orange County
Thanks for sharing Bob I have often wondered about these organizations that lobby for the everyday fishermen. I will check out the link you posted, and read up on this. But I think this is an area we should all be involved in one way or another.

Re: The politics of fishing...