Posts : 528
Join date : 2011-10-07
Age : 69
Location : Riverside, Ca
So evidently this has been known for a while now. If you have a bass (or any fish you want to release), and it is bleeding, you can stop the bleeding by pouring some citrus soda like Mountain Dew or Sprite on the wound. The soda contains citric and phosphoric acids that cauterize the blood capillaries. The sugars and caffein that Mountain Dew contains also helps invigorate the fish. Supposedly it really works. The bleeding stops and you can release the fish and it doesn't die. I'm going to have to try this. I rarely hook fish where they bleed, but when I do, it makes me feel bad, because they sometimes die.

I found this while I was looking up articles the idea is Coke Pespi 7 Up. whatever
[You must be registered and logged in to see this link.]

Due to your shared information, hopefully we'll have an improved mortality rate among our CPR'd fish ...
not to mention the improved supply and demand sales on soda pop! lol

[You must be registered and logged in to see this link.] wrote:Thanks Komori and Jerdon,

Due to your shared information, hopefully we'll have an improved mortality rate among our CPR'd fish ...
not to mention the improved supply and demand sales on soda pop! lol 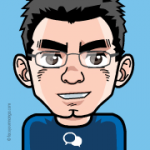 This is fascinating and I quickly found several videos showing this working in real time, and the fish definitely stop bleeding.

However, the whole point of gills is that they're basically all capillaries and if the soda shuts capillaries down, then I would think you may run the risk of basically suffocating the fish at the same time you stop the bleeding.

I've just asked about this on a forum that has real biologists, so it will be interesting to hear what the ichthyologists have to say.

Admin
Posts : 13063
Join date : 2010-01-16
Age : 46
Location : So Cal / Orange County
I am reminded of a time at work in the ER we had a nosebleed come in deep in the back (Posterior of the nose). The doctor and I worked to stop the bleed with rhino rockets with no success. That is when he asked me to go to the med room and get the Cocaine.

We used the liquid cocaine to swab the bleeding artery and it stopped as cocaine is a vasoconstrictor. So the idea is could we simple please a small amount on the bleeding gill instead of pouring it all over the gills.

Moderator
Posts : 846
Join date : 2016-09-07
Age : 68
Location : LBC
The science guys have heard about this, but no one seems to be actually studying it. They referred me to a fishing site that has some info.

"...it has been found that fish blood clots about 35% faster in water than in air."

In other words, getting them back in the water as quickly as possible is probably the best answer.

The best answer as to why soda works, recently supported by a fish physiologist (Dr. Bruce Tufts), is that it's the carbon dioxide in the drink, which means it doesn't matter which brand of soda you use, and even something as simple as plain carbonated water could be effective."

"No one has addressed if there are any negative consequences to the practice."

My guys felt that it wouldn't hurt the fish, but it was a temporary effect at best and as soon as the fish was back in the water, the CO2 would essentially be washed away and you're back where you started. Their vote was quit screwing around with the fish and get him back in the water.

Posts : 528
Join date : 2011-10-07
Age : 69
Location : Riverside, Ca
And ..as an afterthought, I wonder what a carbonated soda does to a fish's protective slime coat. If it is possibly removed by the soda, the fish can end up with a fungal disease which will kill the fish eventually. It might swim off with the bleeding stopped only to die days later from a fungal infection. I'm sure everyone has seen as that ugly white coating on sick fish, especially on trout.