» Rod Socks for Sale
by jeffcpr Yesterday at 8:39 pm

» The 12th Annual FTFF Toy Drive
by jeffcpr Yesterday at 8:25 am

» bucks bags colt pontoon
by SP Dan Yesterday at 8:14 am 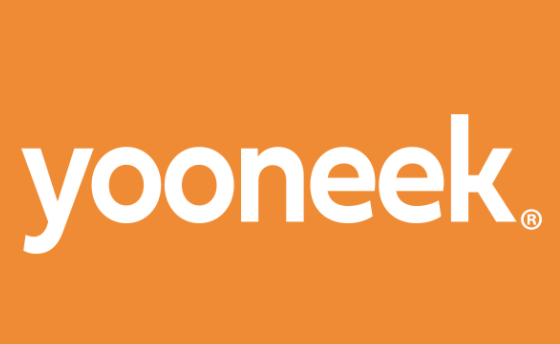 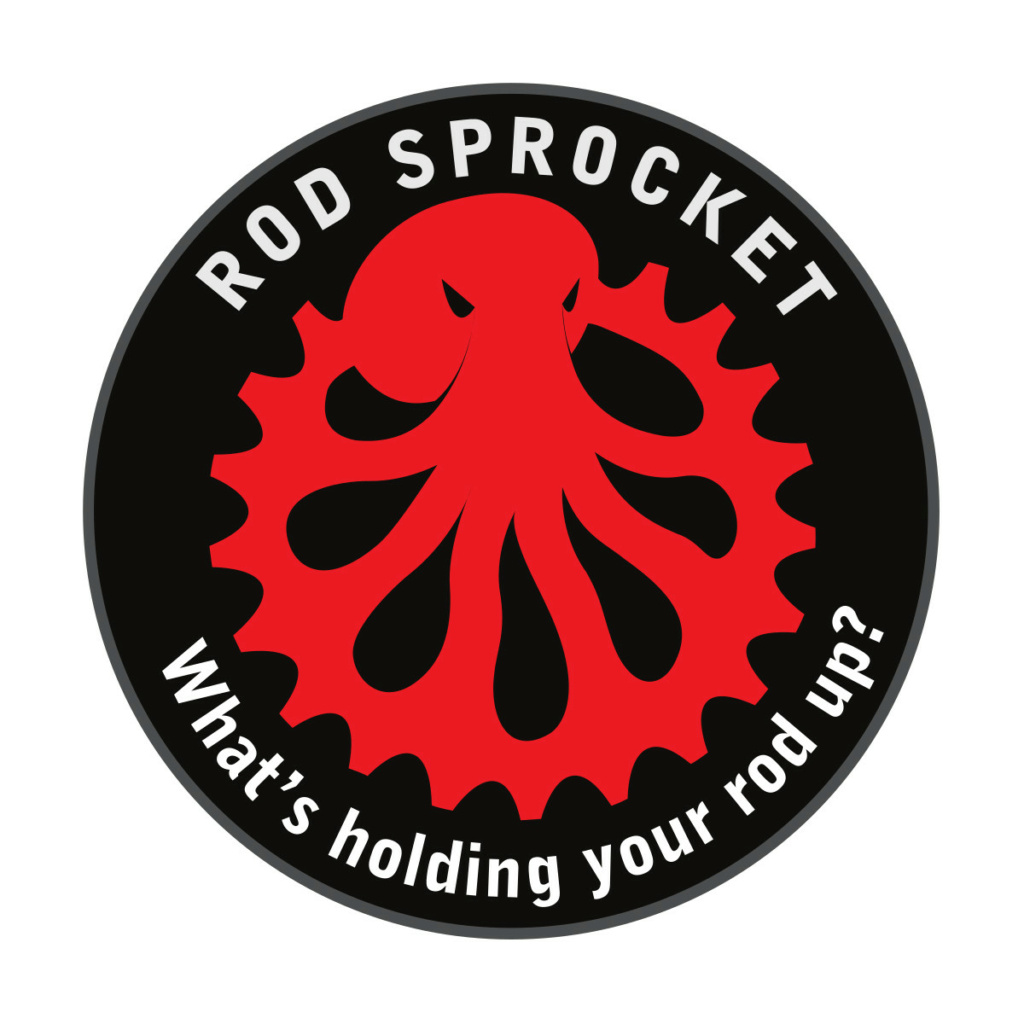 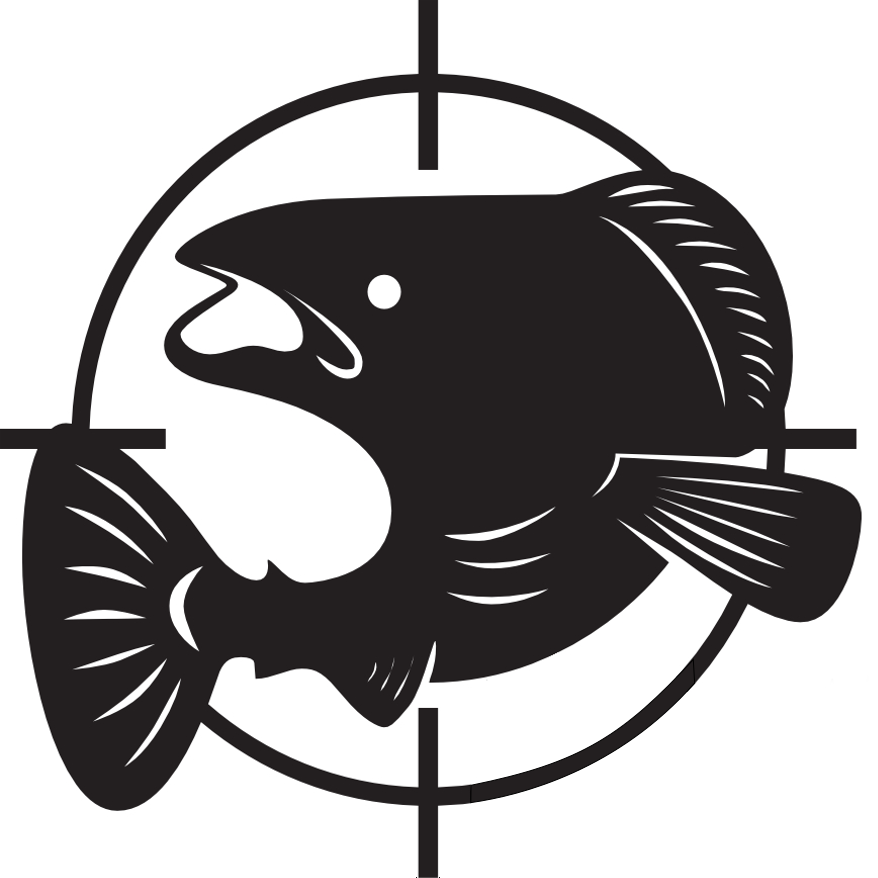 FTFF Gathering Officer
Posts : 15
Join date : 2013-12-01
Location : Thousand Oaks
Hi all, so today I tubed CI Harbor with my friend and when we just started, a harbor patrol-er came up on us and told us, "My boss saw you guys and says you guys can't be inside the boat slips, but you can fish away from the docks. And then 5 hours later, the same harbor patrol guy passed us and said, "My boss, the harbor master said he doesn't want float tube in his harbor and you guys have to leave."

So my question is, does the harbor master have this kind of power to suddenly change his mind and ban tubing?
There is no official harbor rules that prohibits float tubing, and people have float tubed the harbor before. From my understanding, harbor patrol's job is to enforce the law, not create laws. That's why we have the legislative branch of government.

And if he is wrong, how do I go about telling him that I am allowed to float tube in the harbor, and that he is wrong?

Posts : 860
Join date : 2012-02-29
Age : 74
Location : San Pedro, Ca.
There should be a website for the C I harbor, look for the rules, if there is no FT, it will state so, if not then your allowed to float tube there. The HM can't just make up rules off the cuff, he has to abide by the rules set forth by the harbor. IMHO if there was a no FT rule, he would have kicked you out the first time he saw you, unless he forgot about that rule. At least check into it.

Here's their url, call and find out the rules. [You must be registered and logged in to see this link.] 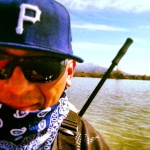 Posts : 603
Join date : 2011-08-30
Age : 64
Location : Camarillo
Hey guys, and znyngkh,
Sadly I do not believe there are specific rules as to float tubes in many of the harbors in SoCal. The float tube as I am finding out does not have a specific watercraft designation with many municipalities (harbor authorities) or even with the Coast Guard in many cases. (I have made a few inquiries with the USCG and have received little response as of yet)  I am not sure if it is because they are so new or that they are so unique. One thing I do know is that because my toon (former toon) was a registered vessel with the DMV and was motor, and or paddle driven I was treated differently by the harbor patrols. The only restrictions I used to come under were minimum vessel length and safety inspection requirements. Otherwise I was subject to the normal regulations regarding boating activity in the harbor.

Also, even if the regulations allow toobs in the harbor, the Harbor Master has a bit of discretionary leeway as to where you may operate (if at all) if he deems your vessel may be a navigation hazard.

Here's a typical example: One day, about 20 years ago, (Ok,... hopefully by now things are a bit different ) I went fishing with my friends at Redondo Harbor. We had spoken to a few acquaintances, regarding using toobs (my friends boats) and toons.(my boat). The Bonito bite was WIDE OPEN! and we were hell bent for leather to catch one on the fly. After launching we were almost immediately approached by the Harbor Patrol. The officers assessment was that because my boat had DMV registration numbers my boat was allowable, but theirs not. His explanation was that the float tube was...

A) a non registered watercraft (essentially what he was saying, was that the float tube fell outside the normal watercraft designations )
B) below the minimum watercraft length (IF you were to designate it a registerable watercraft)
C) a navigation hazard (his explanation was that the toobs were difficult to see, and slow, even slower than a decent swimmer)

He classified my boat with most any small craft, but classified the toobs with swimming apparatus. (inner tubes, kick boards, boogie boards, etc., etc.,). Swimming in the harbor is strictly verboten! We naturally protested, ( politely) and he proceeded to explain his rational, and his authority. After 20 minutes of polite exchange, we could do little but acquiesce. He kicked us off. NOTE: one of the guys I was fishing with was a Channel Islands Harbor Patrol officer at the time, with whom (after our little encounter) I had a lengthy discussion about the officers authority and actions. He had to agree with the officers assessment and we never returned in our toobs. (toons, YES, but toobs, NO) I do not know what the situation is in Redondo at this time regarding toobs and toons.

At any rate I am not surprised you were told to stay away from the slips.(Harbor patrols are typically governed by the owners and occupants of said harbor, and are responsible for safety AND security. They are typically subject to the pressures brought about by boat/slip owners). I am a bit surprised you were banned all together. (although I understand the logic). I used to fish the CIH regularly in my toon (with an electric motor) and was regularly told to fish the outside of the slips. Most of the time my friends and I fished at night when harbor traffic was at a minimum. (and fishing is a thousand times better).

I think we fish where we fish today (fresh or salt) by the good graces of tolerant (apathetic?) authorities. I believe if we are to help our sport grow we need to work with these authorities to help them understand what we intend and our needs. How many of you are aware of the rules and regulations of travel in the harbors you presently Fish? Do you travel in the right direction? Do you cross traffic at the correct times and places? Do you know the rules of right of way? Speed zones? Restricted navigation lanes? I believe we have a right to be where we are, and I believe that there should be NO WATERS that we can't fish. BUT.. by the same token we must be aware of the reasons why many bodies of water are restricted to us at this time. The reality is that toobs especially, and toons secondarily pose a very real navigation hazard. We are low and slow, the worst kind of hazard. I have been involved in at least half a dozen near misses myself. (twice in the CIH and one of which involved myself and an 18' Radon on full plane, and we were the ONLY two craft on the entire lake!).

Perhaps we should pursue this issue further in the very near future. (after the holidays) As a potential toon builder I want to know exactly what and how this could affect our sport. I will let you know how my research goes.

Then again things have changed a ton over the last 30 yrs.

As far as fishing around the boats/slips, I kinda get why the boat owners don't like seeing us, so I try and use good judgement when fishing close.

FTFF Gathering Officer
Posts : 15
Join date : 2013-12-01
Location : Thousand Oaks
Thanks BodFish. Also, he made us leave only after we crossed the channel the second time where the boat traffic was heavier, that was probably the reason as we could be seen as navigational hazard. The first time we crossed the channel, there was no boat traffic at all, and he only told us to stay away from the slips, and fish carefully. Also, I looked up the rules, and there is no prohibition of float tubing. I would likely go back there again, but this time stick close to shore and not cross the channel. If they approach me, I'll make the argument that float tubing is allowed there as long as I am not posing any navigational hazards. Which I'm not by sticking close to shore. 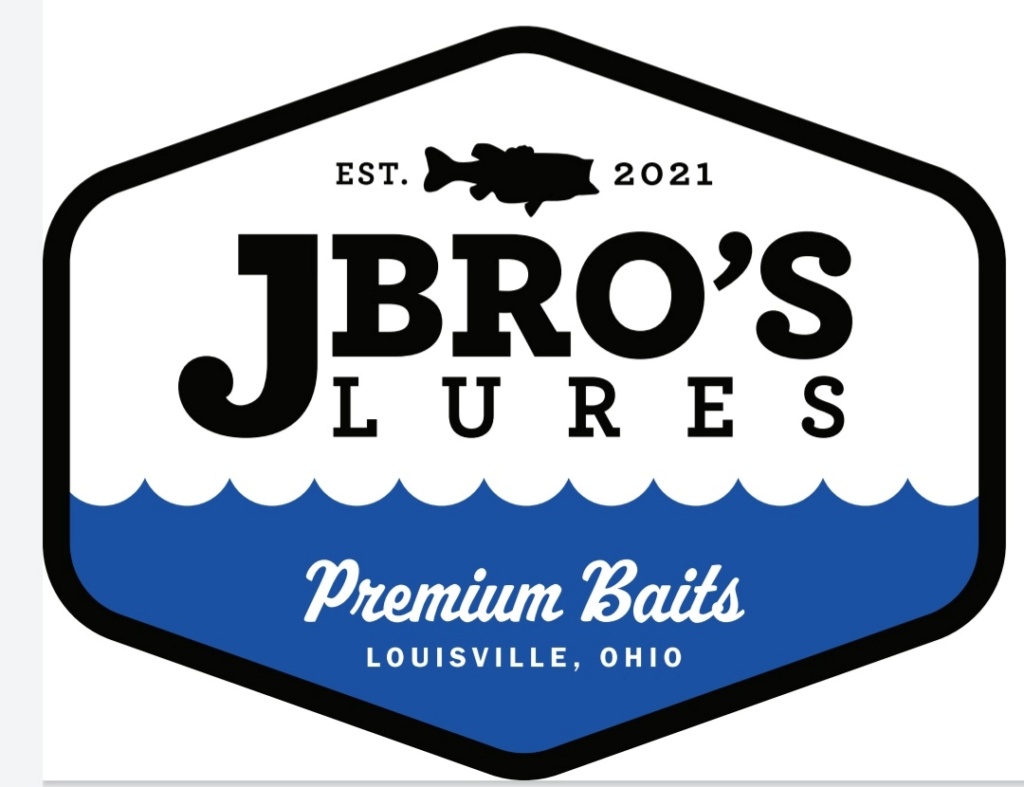 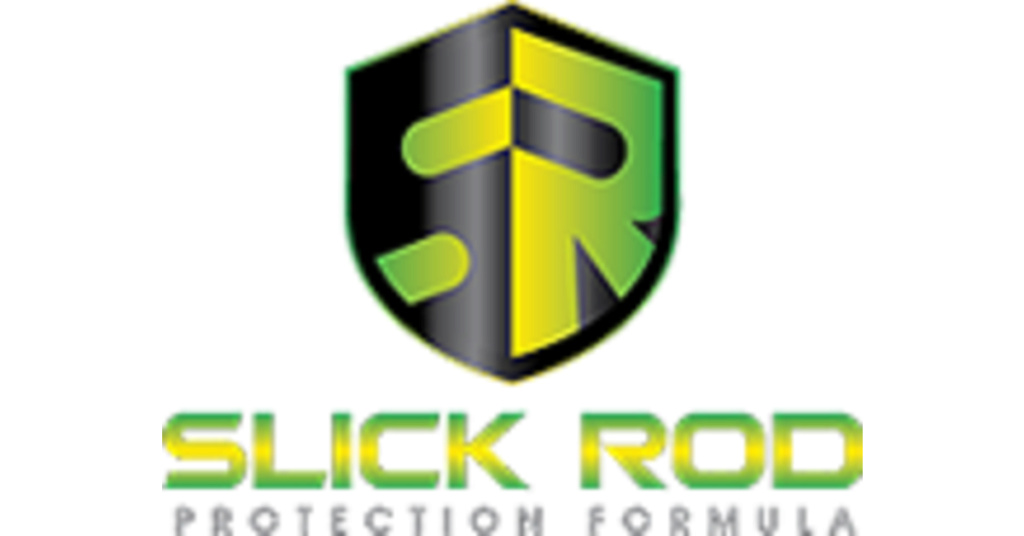 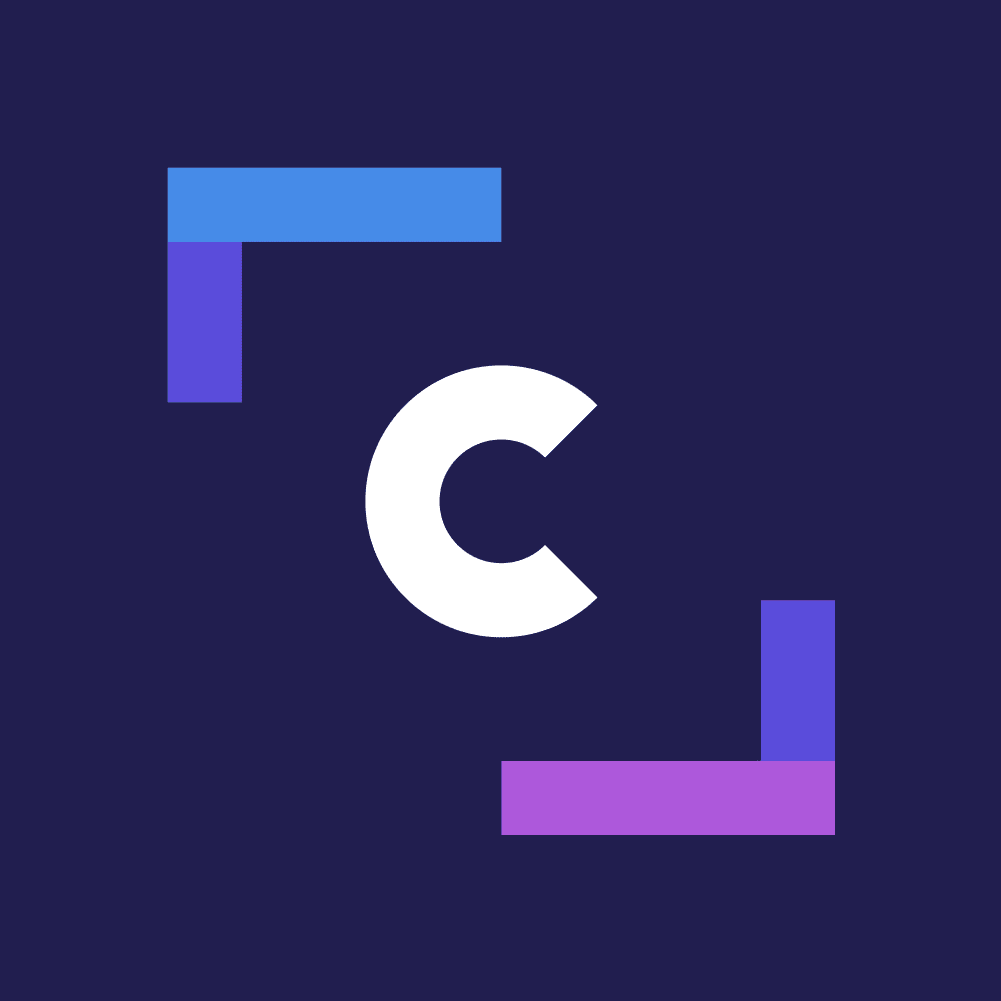