» First time out since January
by SP Dan Yesterday at 6:28 pm

Thanks for your serves

Admin
Posts : 13037
Join date : 2010-01-16
Age : 46
Location : So Cal / Orange County
My family and I would like to just say thanks to all our members that have served in our armed forces. The brave men and wemon of or military deserve or thanks. Thank you for all you do or have done to fight for our freedoms.

A little story. I was buying ribs in front of Albertson's yesterday, and there was a slip of a girl hanging around the grill--or maybe the griller. I was wearing a ball cap with wings (I live in the past a lot), and she remarked "Navy". I told her I was surprised that she recognized them, not many do; but, she said yes, I was Army and my Dad was Navy. Asked her what her MOS (or Army equivalent) was and she replied "combat medic". Two deployments to Iraq, one to Afghanistan, and another tour to Korea. Our heroes clearly come in all shapes, and sizes. (and she was clearly older than I thought, but young folks all look alike to me now.)
.

Jeff, don't stress. The Navy will take care of him, and provide opportunities in many directions.

The only time I recall seeing tears in my Dad's eyes was when he put me on the train to go on active duty. My Mother died the year before, when he was 45 years old, so on the scale of traumatic experiences this must have been huge. (He was a WWII Navy vet). Twenty years later he noted that his seemingly directionless son had made a good choice. But, I had a direction, and anything that did not lead to that was superfluous. Most people simply did not relate to the fact that I wanted to get paid for flying the Navy's airplanes; and would accept some turbulence for the opportunity. Not only did the USN come through on that bargain, they sent me back to get educated in return for a reasonable 20 year commitment. Not the same as getting smarter, of course.

Fair winds, and following seas to your son, and to his parents as well.

We appreciate the USA and our liberty! 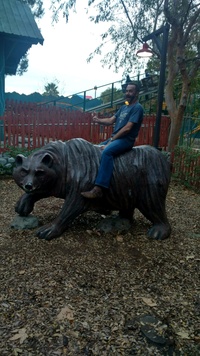 Re: Thanks for your serves